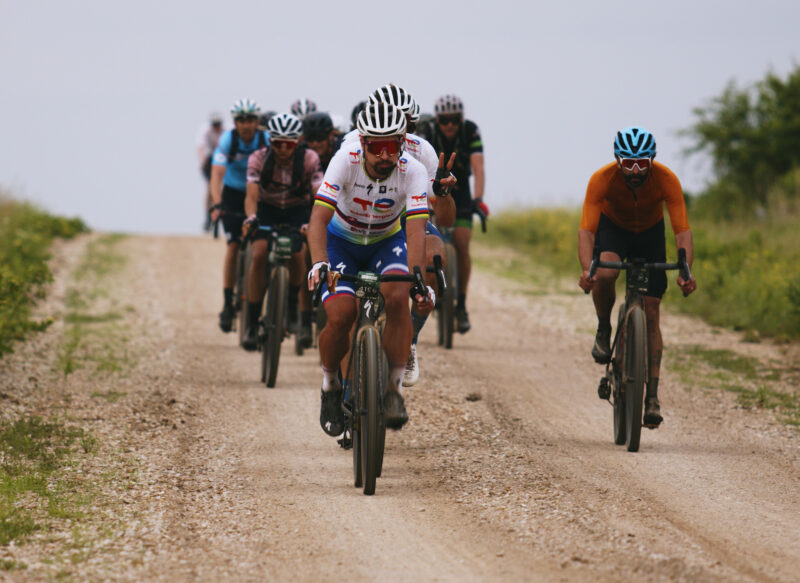 The three-time world road champion has confirmed his participation in the event in the Veneto, north-east Italy, on 8 and 9 October, which will produce the discipline’s first world champion.

The first Gravel world championship, scheduled on 8 and 9 October between Vicenza and Cittadella, is beginning to attract some of cycling’s big names. Peter Sagan, the reigning and eight-time Slovakian champion and three times the road world champion, has decided to return to his off-road past and take part in the elite men’s event on 9 October. Sagan was MTB Junior World Champion in 2008, and UCI Cyclo-cross Junior World silver medallist the same year.

“I don’t have much experience on gravel, so it will be my debut in the discipline,” says the winner of three world road championships, a Paris-Roubaix, a Tour of Flanders, three Ghent-Wevelgem, seven green jerseys at the Tour and a cyclamen jersey at the Giro d’Italia. “Gravel racing intrigues me. It’s creating a lot of interest among fans and cycling insiders. The fact that the UCI has created a world championship is the proof. I am happy to be going because it is in a country I know and like, and also because the organiser, Filippo Pozzato, is a friend. I’ll be riding the world championships with support from Specialized and Sportful, and I’ll be racing without the stress of having to achieve a result, just determined to do my best.” “For me, these World Championships will be an opportunity to be one of the crowd, and to have some fun with the other riders and the fans. Sharing and socialising are some of gravel racing’s strong points, and part of the ethos that I like best”.

The UCI Gravel World Championship programme begins with the women’s and men’s over-50s trials on Saturday 8 October over a 140 km route, while the professionals will compete the next day on a 194-kilometre course that includes a final 27.5 km circuit, which they will ride twice. The men in the 19-49 age group, on the other hand, do one final lap to complete 165 kilometres. Around 75 per cent of the race route is non-asphalted.

After the start in Campo Marzo in Vicenza, the competitors will climb up to Monte Berico and Arcugnano, before descending towards Lake Fimon and heading for Montegaldella. They will enter the province of Padua, touching the villages of Selvazzano and Tancarola. The river Brenta then guides the riders towards Piazzola and Cittadella. The elite men and the competitors of the Under 49 male categories will enter a circuit between Cittadella and Tezze sul Brenta, before reaching the finish line in Piazza Pierobon in Cittadella.

The Gravel World Championship is organised by PP Sport Events with the support of the Veneto Region and in collaboration with the Municipality of Vicenza, Municipality of Cittadella, Grana Padano, Weider. 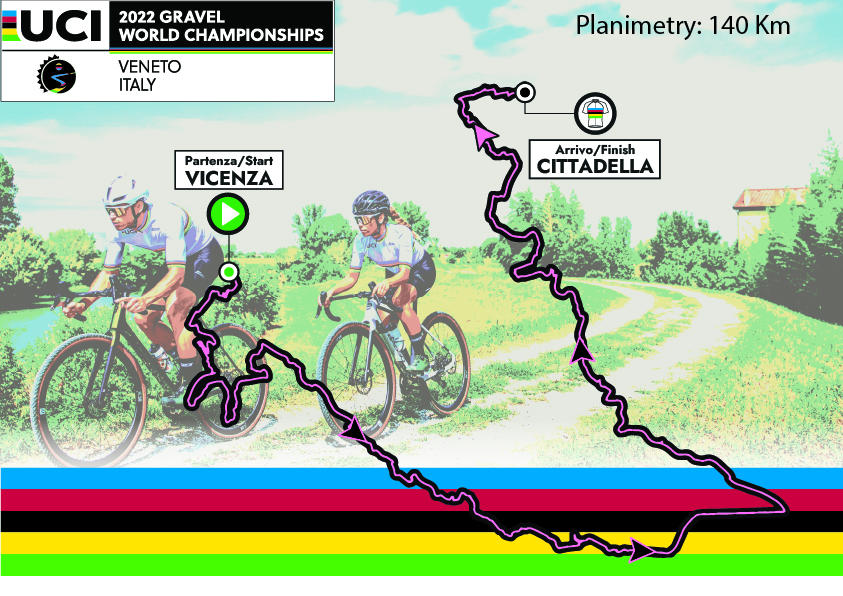 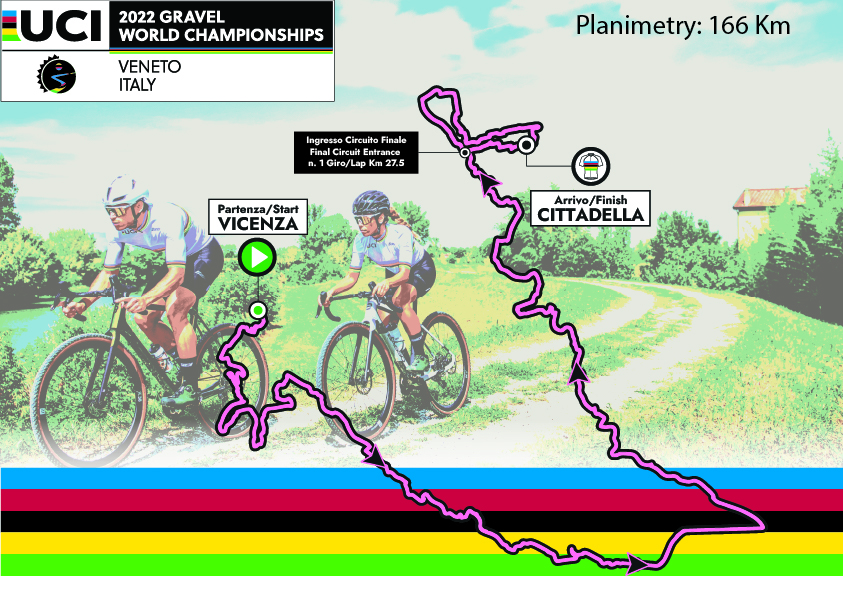 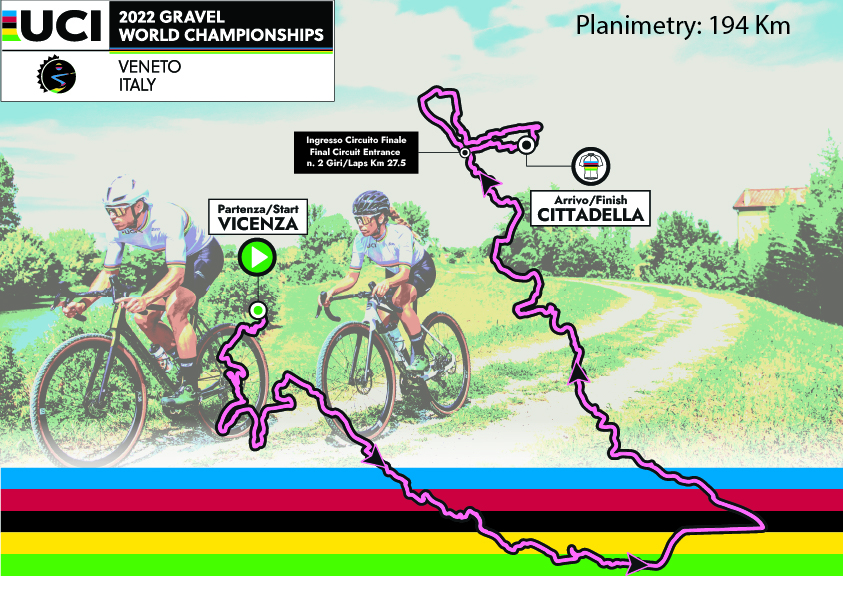